The international real estate markets have been operating in a difficult environment for about three months. Many fear that in the context of the Ukraine war, the interest rate turnaround, inflation, supply bottlenecks and falling economic growth, the house and flat market will be slowed down. The KENSINGTON research team is sorting out the facts and analysing the situation in particular in the countries where KENSINGTON is represented with showrooms (Germany, Switzerland, Austria, Spain, Dubai).

There is no question about it – the international interest rate market has picked up speed: The first signs of this were in the USA. The US central bank, the Fed, had already raised its key interest rates for the first time in March 2022, by 0.25 percentage points, and again by 0.5 percentage points at the beginning of May. The average interest rate for a 30-year mortgage loan in the USA recently reached 5.3 percent, the highest level since July 2009. The latest figures from the USA for May 2022 indicate a turnaround in the real estate market. Currently, sales listings are rising rapidly because US sellers fear missing out on the boom in demand. New listings have risen twice as fast in recent weeks as they did last year. At the same time, demand is falling. The pressure on sellers to adjust asking prices downwards is already increasing. This is at least also a warning signal for the European markets. 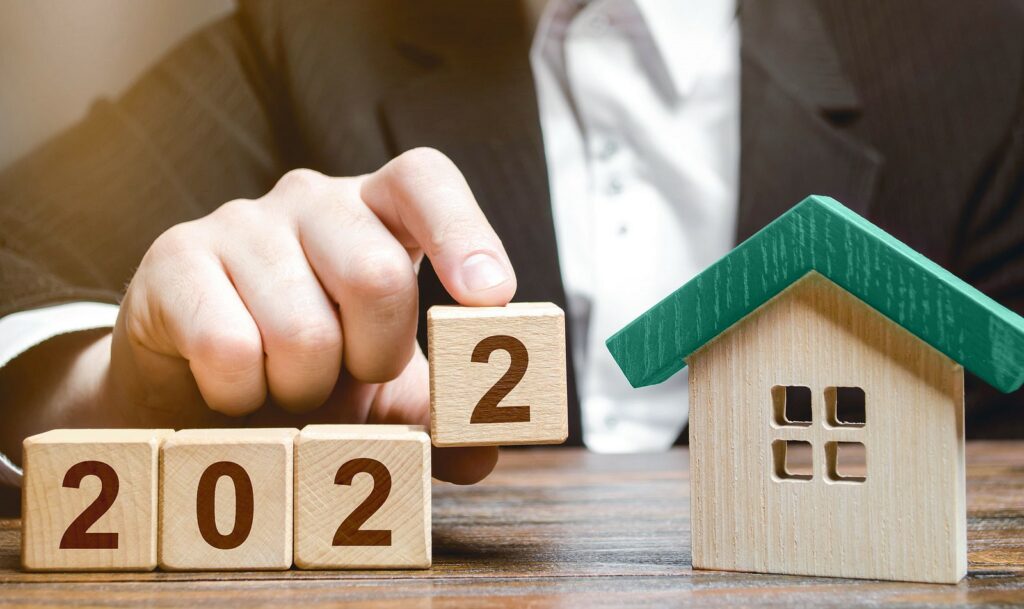 The European Central Bank (ECB) is still much more cautious in its monetary policy than the Fed. However, on 9 June the ECB decided to end the bond purchases within the framework of the so-called Asset Purchase Programme on 1 July 2022. In addition, the ECB intends to raise the key interest rate by 0.25 per cent at its next meeting in July. A further interest rate step is expected in September, so that the negative interest rate environment in the euro area would disappear at the end of the third quarter. Of concern is that the inflation rate in the euro area, most recently 7.4 per cent, is far above the ECB’s target of 2 per cent. The most important factor is the high energy prices in connection with the Ukraine war. In its spring 2022 forecast, the EU Commission also expects the European economy to grow by only 2.7 % this year. The Euribor (Euro Interbank Offered Rate), the average interest rates at which many European banks grant each other bonds in euros, is also rising. At least the “Euribor/12 months” was +0.36 % at the end of May. The Euribor is an important reference value for mortgage rates, especially in Spain.

In Switzerland, the key interest rate still remains at minus 0.75 per cent. But the Swiss National Bank is likely to follow suit if the ECB turns the interest rate screw. Financing real estate in Switzerland is already becoming more expensive. Mortgage interest rates are currently breaking through the 2.5 percent mark.

Due to the shortage of labour and materials, new buildings are becoming more and more expensive all over Europe. Prices are fuelled in particular by supply bottlenecks. For example, there is a shortage of steel, iron, wood, insulation material and solar panels. But energy prices are also an important cost driver in construction. Ever stricter climate protection regulations also demand ever higher investments – here Germany in particular is a pioneer.

Because of the high costs, some developers are currently even postponing their projects – or abandoning them altogether because they have to fear sales difficulties with their finished products, which are becoming increasingly expensive.

So far, Germany’s real estate market has defied the economic uncertainties. Purchase prices for housing and rents are even continuing to rise. Demand remains high. Building land prices are even increasing at double-digit rates across Germany. In 2021, it was 14 percent, according to Capital magazine.

In fact, due to the high construction costs, the supply continues to tighten. Already in 2020, the flats that were actually needed could not be built in Germany. At the same time, there is high liquidity on the demand side with a good employment situation and large assets. A reduction in the population is also not expected in Germany at present. Under these conditions, there is little to suggest that rents will remain stable or even fall. According to the experts at BayernLB, however, the price increase is slowing down: if Germany’s property prices still rose by 10 percent in 2021, they are only expected to increase by 4 percent in 2022. Conclusion: There is no crash in sight on the residential property market in Germany. Moreover, there is currently no discernible trend towards more property sales because owners think that a price peak has been reached.

In Switzerland, the high quality of life goes hand in hand with high prices for housing. Land is scarce and the supply of affordable single-family houses and flats is very limited. Between the 1st quarter of 2017 and the 1st quarter of 2022, prices per square metre for residential property rose by around 6 percent throughout Switzerland. Demand continues to often exceed supply. The average price per square metre for a house was CHF 6,088 in the last 12 months. Compared to the 12 months before, this is an increase of 3 percent. For condominiums, the average price per square metre is CHF 6,467 (-1 % compared to the 12 months before). However, there are large differences in prices. In a cantonal comparison, houses in the cantons of Zug (CHF 12,567/m2) and Geneva (CHF 11,937/m2) are particularly expensive. While in the cantons of Glarus and Jura the square metre for a house averages less than CHF 4,000. The most expensive city is Zurich with house prices of CHF 13,462/m2.

Conclusion: High quality of life, which is also highly sought after by foreigners, and high prices are the hallmarks of Switzerland. The real estate market continues to be very stable with moderate price increases.

The Alpine Republic presents itself as a booming market, with the Corona crisis in particular triggering a flight into real estate. Since the 4th quarter of 2020, prices for residential real estate have risen by double digits. In Vienna, residential property prices rose by 11.3 percent in Q4 2021, and by 13.9 percent outside the federal capital. Houses in the countryside were particularly in demand in 2021. The highest property prices are found in Vienna, Innsbruck, Salzburg, Kitzbühel, Vorarlberg and Zell am See. In 2022, price increases nationwide will probably still be close to the 10 percent mark.

Conclusion: A real trend reversal is not yet in sight in Austria. However, the ECB’s decisions to raise interest rates significantly should slow down the market, at least in the lower and middle price segments – even if such a development is probably only to be expected in the medium term.

In Spain, it can be assumed that especially the middle and lower segments of the primary residence market are now coming under pressure in the wake of a weakening economy. A lower influx of migrants is to be expected, which will reduce demand. Families also no longer have as much money available in the face of inflation. Especially as financing conditions in Spain are deteriorating at the same time.

However, this national weakness is compensated to a large extent by investments from foreigners. This is especially true for the popular holiday regions (Balearic Islands,

Costa Blanca, Costa del Sol, Canary Islands) and the high-price segment in the metropolises such as Madrid or Barcelona and the Basque city of San Sebastián. Conclusion: Luxury properties in first-class holiday regions and the metropolises remain sought-after objects.

Back to overview
We are internationally represented for you!
Find your local branch